Like previous years, the International Studies Blog has collected recommendations from lecturers to get you through the winter break ahead. Check out these books and films and settle back for inspiration, entertainment, education and imagination.

Originally in Dutch, but translated in English. An amazing contemporary reflection on our relation to our planet, that blurs the lines between fiction, poetry, research, essay, and cooking recipe, focusing on the central topic of seaweed.

Seaweed is discussed both literally and metaphorically, as an organism that is flexible and capable of surviving planetary change, that can grow without being rooted, that has nutritious and medicinal benefits to offer, that works as a metaphor for human migration, and cultural interaction, that contains lessons for humans about adaptability, survival and co-existence. An easy read, yet a deep, complex work.

I am using it as one of the works we'll discuss in my class about Literature, Decoloniality and Ecocritism, which I am offering to the MA Dutch Studies (Leiden) next semester.

Farah Bashir, Rumours of Spring: A Girlhood from Kashmir (2021)
Recommended by Radhika Gupta

When we live in secure societies, it is hard to imagine the experience of growing up amidst the relentless violence of a military occupation. This memoir lends a glimpse into the disruption of everyday life in the Kashmir Valley. Written in deceptively simple and tender prose, the hopes and desires of an adolescent Farah Bashir might be relatable to you. But not how these are haunted and disrupted by the presence of the military all around.

As many of us are trapped in our homes in another pandemic winter, we might be dreaming of sunny, warm beaches in the Caribbean, Africa or Asia. Perhaps when you do get a chance to go on a holiday again, after reading Jamaica Kincaid, you will think a little differently about these seemingly idyllic places. This is a small book (80 pages) about a “small place” that offers a searing critique of big issues: how colonialism and its post/colonial legacies ravaged Antigua and how western tourists look away from this when they travel even as the evidence is all around.

This year, FX premiered the first issue of the tv series Y: The Last Man. Created as a comic book series by Brian K. Vaughan in 2002, it tells the story of a world in which all male members of human society suddenly die and those who remain struggle to come to terms with a new world, and new social relations and hierarchies.

Y: The Last Man echoes a classic sci fi theme in which all grown ups disappear or die (The Tribe, 1999; The Sparticle Mystery, 2011), humanity loses the ability to procreate (Children of Men, 2006; The Handmaid’s Tale), or women gain supernatural powers (The Power, 2016). As in the case of the Handmaid’s tale, the production of a television series allows for fascinating analyses of how original works can turn into franchises and subsequently develop further.

And, of course, the library does have its own copy of Y: The Last Man!

Kim Stanley Robinson, The Ministry for the Future (2020)
Recommended by Giles Scott-Smith

Alongside finally reading Homer's Iliad and Odyssey recently (highly recommended), I also got around to reading this. Really like the mix of grim realism / subtle futurology of it, which works so well that you realise to an unsettling degree (no pun) that you are really reading about the present. Challenges the reader on climate change directly, a literary demand for a wake-up. An International Studies graduate recently got in touch and the exchange led me to the solarpunk movement, a loose collection of artists and writers who express optimism that a path to sustainable energy use, with a particular focus on the sun as source, is possible. Apparently Robinson is deemed to fit within this movement, although I haven't read any other stuff yet. In connection with this, check also the recent excellent and thought-provoking essay in the London Review of Books: “Where are the ecoterrorists?”

Thomas Bauer’s A culture of ambiguity. An alternative history of Islam (2021) allows us to dig beyond the usual dichotomy and stereotypes of Islam’s medieval “Golden Age” (rationality, tolerance, and even proto-secularism...) and bigotry. Amazing piece of cultural and intellectual history I intend to finish soon... Arab France: Islam and the making of Modern Europe 1798-1831 (Ian Coller, 2010) studies the life of Arab migrants to France early 19th century (after Napoleon‘s attempted conquest of Egypt), a community who went through wars, Revolution and Empire, some important Franco-Arab authors. Based on some understudied archives, Coller describes an ‘Arab France’, as a space of mobility, negotiation and shifting identities. Read Yair Wallach’s A City in Fragments, Urban text in Modern Jerusalem (2020) to revalorise the importance of urban texts comprehension in the history of Jerusalem, as Ottoman modernization and British colonial rule transformed the city (and for the later… de-modernised it!); urban texts became a tool in the service of capitalism, nationalism, and colonialism. To fully envisage new texts as a key means to organize society and subjectivity… a must read.

Sign up to Sa'alouni El Nas, a platform by Danny Hajjar with many suggestions (music, films, books) on the Middle East, suggested every week (!) by a guest, such as this episode with a former Leiden student and lecturer Farah Bazzi. You might have recognised the title of a song by Fairouz. And check out the wonderful Ottoman History Podcast hosting various experts on the (former) Ottoman Empire and the Middle East at large.

Food is so much more than a necessity. It makes us feel at home (or homes), connect to each other, or cherish important moments in our lives. As such, cuisine can tell us surprisingly much about societies, their past, their present, but also about local politics and power relations involved. Polish reporter Witold Szabłowski travelled across four continents to interview the cooks of the world's notorious dictators - Idi Amin, Saddam Hussein, Enver Hoxha, Fidel Castro, and Pol Pot - and serves us a unique tale of life under authoritarian regimes. Enjoy!

Jacob Eyferth, Eating Rice from Bamboo Roots. The Social History of a Community of Handicraft Papermakers in Rural Sichuan, 1920–2000 (2009)
Recommended by Yujing Tan

The larger context for this study is the “rural–urban divide”: the institutional, social, and economic cleavages that separate rural people from urbanites. This book traces the changes in the distribution of knowledge that led to a massive transfer of technical control from villages to cities, from primary producers to managerial elites, and from women to men. It asks how a vision of rural people as unskilled has affected their place in the body politic and contributed to their disenfranchisement. By viewing skill as a contested resource, subject to distribution struggles, it addresses the issue of how revolution, state-making, and marketization have changed rural China.——Cited from: Harvard University Press

I plan on reading Sara Ahmed’s latest book Complaint! this winter break for three reasons. First, I find Ahmed one of the most eloquent cultural theorists of our time. The way she builds her argument, develops her conceptual framework and grounds her theory in concrete experiences is inspiring. Second, this book addresses how complaint operates or rather malfunctions in institutions of higher education. Given the repeated scandals about the mishandling of misconduct at Dutch universities over the past decade (see for example here, here and here), this is a topic that concerns us all directly. Finally, Casual Leiden is organizing a reading group session on February 4, where we will be discussing the book with an informal gathering of staff and students. Sign up! 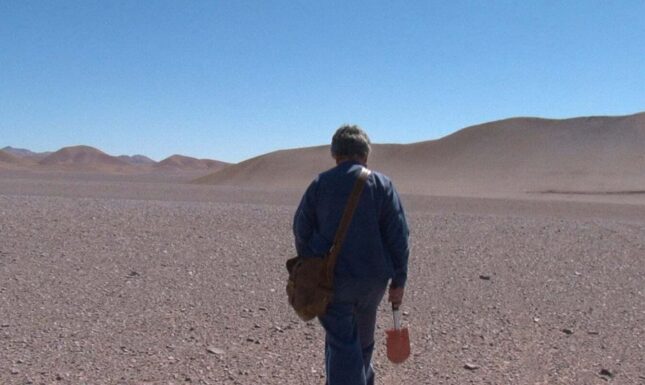 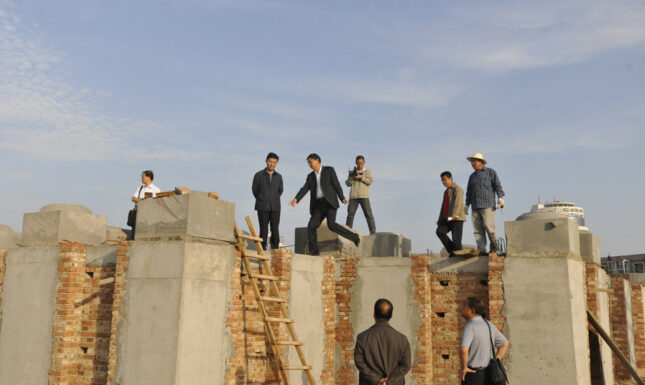 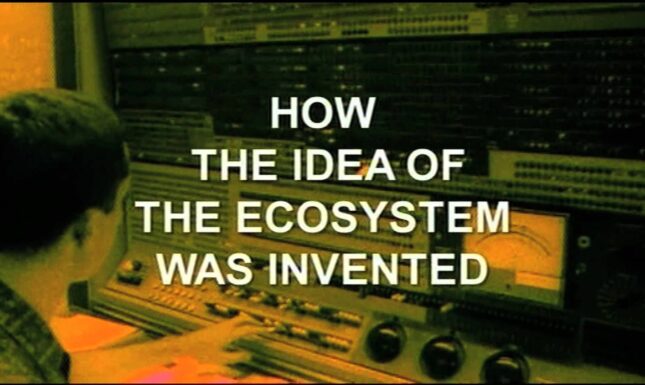 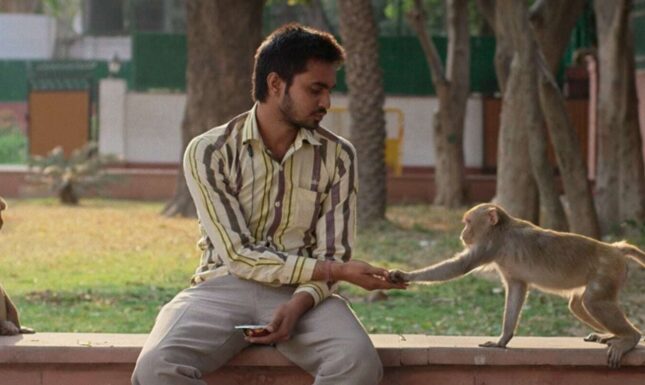 I have long been a fan of Adam Curtis, one of the most innovative documentary makers of the last thirty years. Curtis is particularly good at mixing the study of elites, technology, and politics into a narrative that may at times stretch the connections but that at its best is totally compelling, offering up alternative takes on 20th century intellectual history. He does so in a distinctive style that mixes narration and interviews with a barrage of audio-visual collage. The Power of Nightmares is a superb alt-take on the background to 9/11, that was my own introduction to his work. All Watched Over By Machines Of Loving Grace takes you down paths that link Ayn Rand, Cybernetics, Limits to Growth, and Silicon Valley's individualist ideologies. It is a must for that Sunday afternoon when you are musing about life in general. Enjoy!

The film narrates the story of a young migrant who works as a monkey-repeller in the capital city of New Delhi, India. Monkeys are a common sight, scampering around the city. They are considered a nuisance in posh parts of the city. The protagonist of this film is hired by the government to shoo them away. Ironically, monkeys also have an important place in Hindu myths. Through satirical humour, this film shows us the dehumanization of migrants, class differences and the entitlement of the elite, and religious bigotry in urban India.

1) Zama ( Lucrecia Martel, 2017, Argentina) – available on Amazon Prime
Aesthetic poem of colonial South America, this film starts off as an existentialist drama about the (non) passage of time, to turn into an oniric Western in the last half hour.

2) Nostalgia for the light (Patricio Guzman, 2010, Chile) – available on YouTube
A film about memory; a couple of Chilean astronomers reflect on the cosmos from the observatory in the Atacama desert, where relatives still look for their loved ones, who 'disappeared' during the last military government.

3) Invasion (Abner Benaim, 2014, Panama) – available on Amazon Prime
An exercise of collective memory, this documentary builds a narrative of the 1989 US invasion of Panama through the testimonies of different Panamanians, who also reflect on their country today.

This documentary about government officials is quite representative of the current political system in China's lower middle class cities and counties. The documentary deals with regional investment promotion, demolition and construction, urban transformation and other topical social issues in China. While most people are familiar with the social issues arising from these political circumstances, we rarely have the opportunity to look at these issues from the perspective of a local decision-maker. Zhou Hao’s The Chinese Mayor gives us a special perspective on the current economic situation and the political ecology of cities and counties in China.